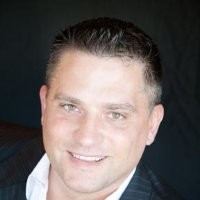 What better way to waste an afternoon than to debate which came first the chicken or the egg?

One thing that can not be debated however is the fact that abnormalities come before failures.
This is a fact.

Definitions: Abnormality and Failure:
So what is the difference between an abnormality and a failure?  First of all, I prefer to use the phrase “functional failure” rather than simply “failure.”  I have to really concentrate and force myself to use these words, but it has an important effect on my thinking and the thinking of those around me.  To me, Failure seems to be an arbitrary word open to interpretation.
Loss of function or functional failure on the other hand is quite clear, I can no longer do what I desire to do.
Examples:

In each case if we start with that condition that we desire, the loss of this ability or function becomes quite clear.

Abnormalities, on the other hand, are the clues that our assets provide to us that something is wrong and that we are on that pathway to loosing our desired function.
Examples:

As caretakers of our assets (our babies) it is our job to do something about it; proactively, before the functional failure occurs.

Functional Failures, Abnormalities and the P-F Curve Explained:
This pathway to functional failure, and the abnormalities that mark this path is best described by the P-F curve shown here.

The definition and meaning behind the P-F Curve is quite simple and powerful at the same time.  Let’s review the P-F Curve 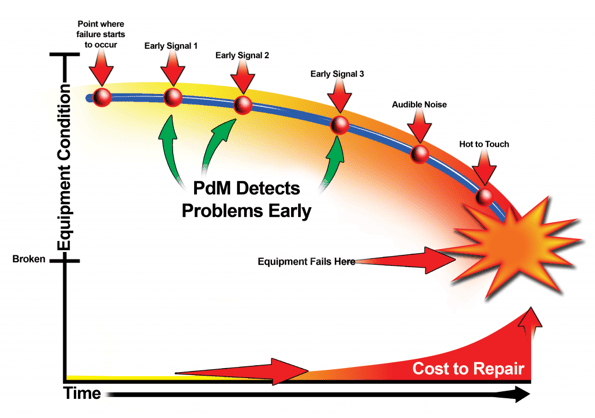 Example: Imagine that we forget to lubricate the bearings on an electric motor.  Eventually all of the grease will evaporate out, leaving metal to metal contact.   This is point P in this example.

The equipment (asset) starts to degrade, losing its condition slowly at first, but then increasing in speed as time continues on.   As this process continues, the equipment provides us with clues that inform us of what is happening – at first very subtle clues, but increasing in magnitude (and our urgency I hope) as the process continue.  These clues are the abnormalities we speak of.
If we do not act proactively to the abnormalities, we will reach the point labeled “equipment fails here.”  This is point F or the point of Functional Failure.
Because we have failed to react proactively to the abnormalities, we will now have to react to the functional failure – the choice has been made for us!

Action Taken for Abnormalities:
What should we do with abnormalities?  We must report them in an official way as soon as we see them.  When I say reporting in an official way, I mean something like putting a work request into our CMMS system, or using an abnormality tag that is part of our Operator Care process.

Note: Tugs on the shirtsleeve, emails, phone calls, sticky notes; none of these count.   This collection of official notifications represent what we know to be our backlog, and a full and rich backlog is critical to our proactive approach to maintenance.

I talk to many people who tell me, I only want people to report the “important or critical problems.”
Guess what, today's unimportant problem will quickly become tomorrow’s important one, the P-F curve illustrates this perfectly.  Better to have a solid reporting system, a simple method to prioritize work so we are attacking the most important abnormalities first, as well as a robust and visual means to communicate our progress to everyone who participates in the process (managers, and technicians, operations and maintenance).

The Takeaway:
The most important thing to remember is this:  All abnormalities eventually become functional failures.   It is our choice to address the on our terms (proactively) or when the equipment demands it (reactively).